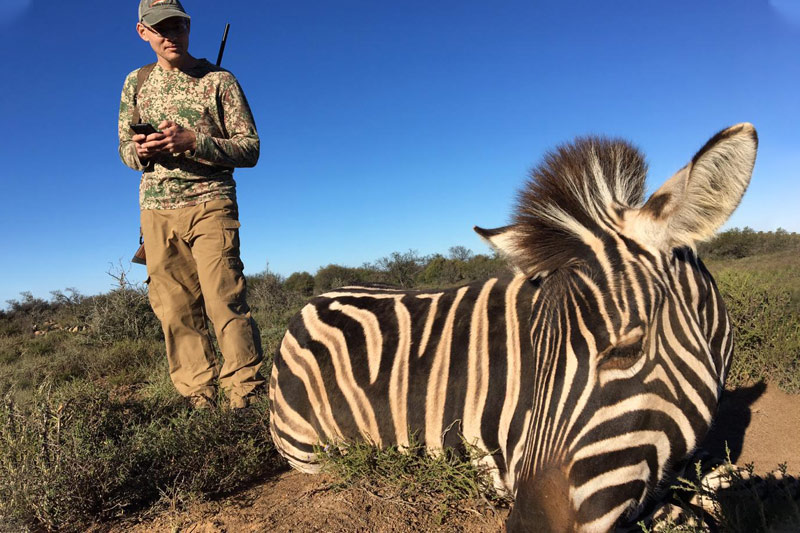 After settling in at the Lodge it was off to the shooting range to make sure everything was set in and ready for the Blesbuck and Zebra which he was hoping to find.

After breakfast we set out and it wasn't long before we spotted 2 nice Blesbuck rams grazing at about 500m. We had very little cover and after numerous attempts to getting within range we finally got in close enough to get in a good enough shot and after a few hundred meters the old ram expired and was taken back to the salting shed. Job done!

We headed out early in search of Zebra and it wasn't long before Iwano put in another great shot at 150m to put the Zebra stallion down where he was standing, a few final kicks and it was all over, thanks to a perfectly placed heart shot with his .308.

All the skinning completed and both Blesbuck and Zebra were off to Karoo Taxidermy in Graaff-Reinet.