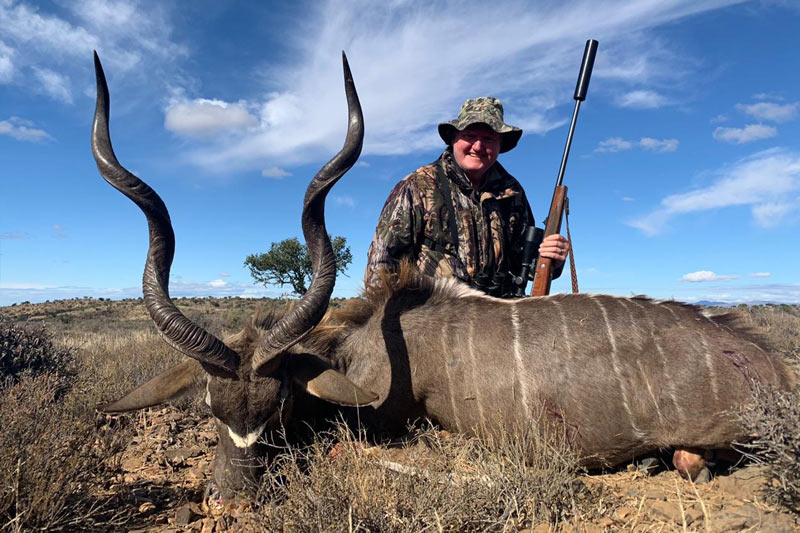 In early June, once the covid 19 lockdown restrictions were lifted ever so slightly we were lucky enough to host Trevor and his mates for a few days.

The guys arrived early on Thursday and were down at the range sighting in rifles as soon as they had settled in. We then set off for a quick drive in search of some Kudu and Impala.

Nato, after a short stalk along a dry riverbed, was able to bag a nice old Impala ram with a well placed shot from his .243 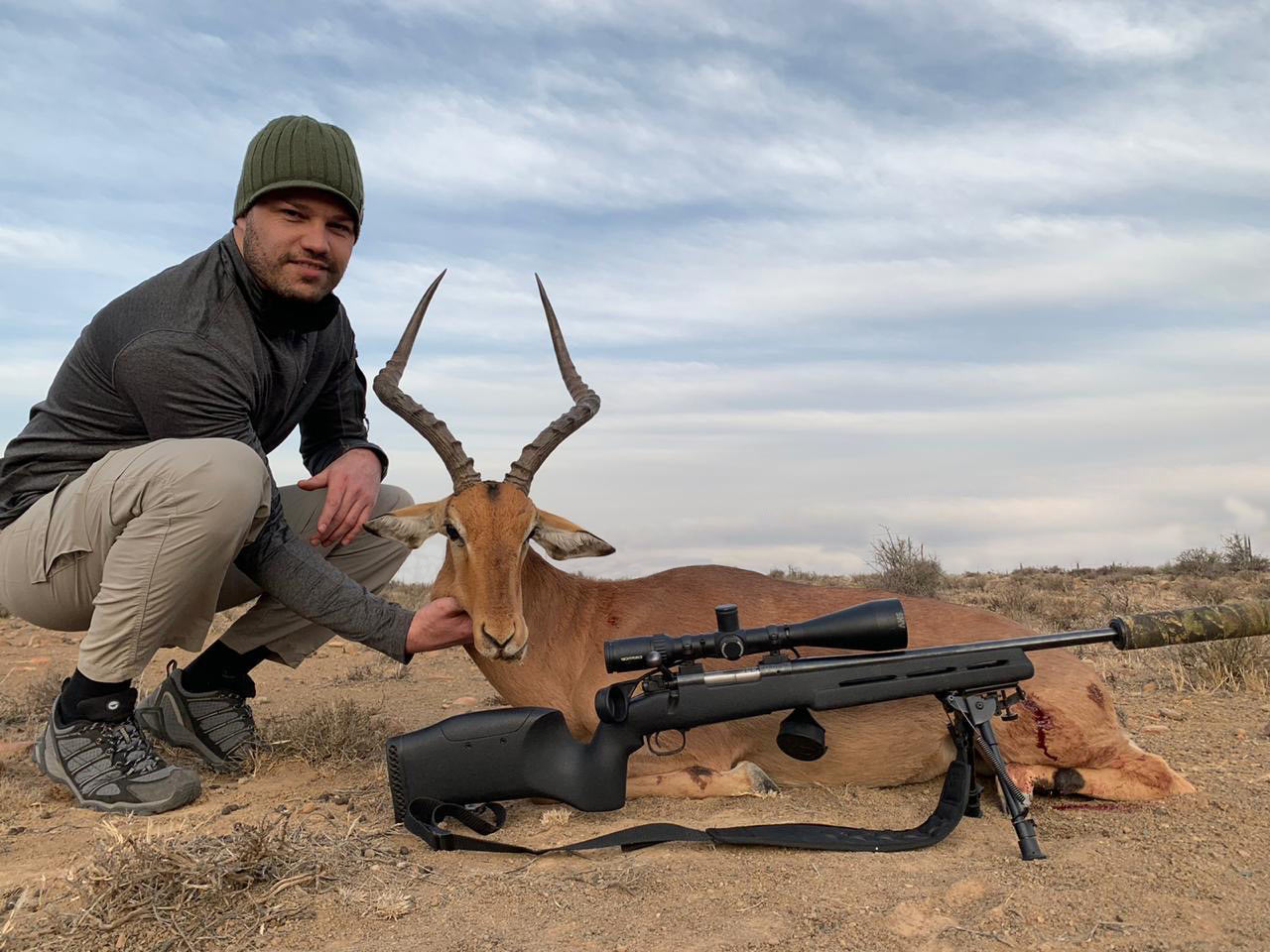 A relaxing evening was spent around the deck fire chatting about the past year and just how the pandemic has effected everyone’s lives.

We were up early the next morning and Trevor and I set out to look for a mature Kudu while the rest of the team were after Blesbuck and Springbuck.

It didn't take long before we spotted a nice bull grazing along a low ridge and we set up a stalk. We were lucky enough to get in really close and with a steady hand Trevor made a perfect shot dropping the old bull where he stood. 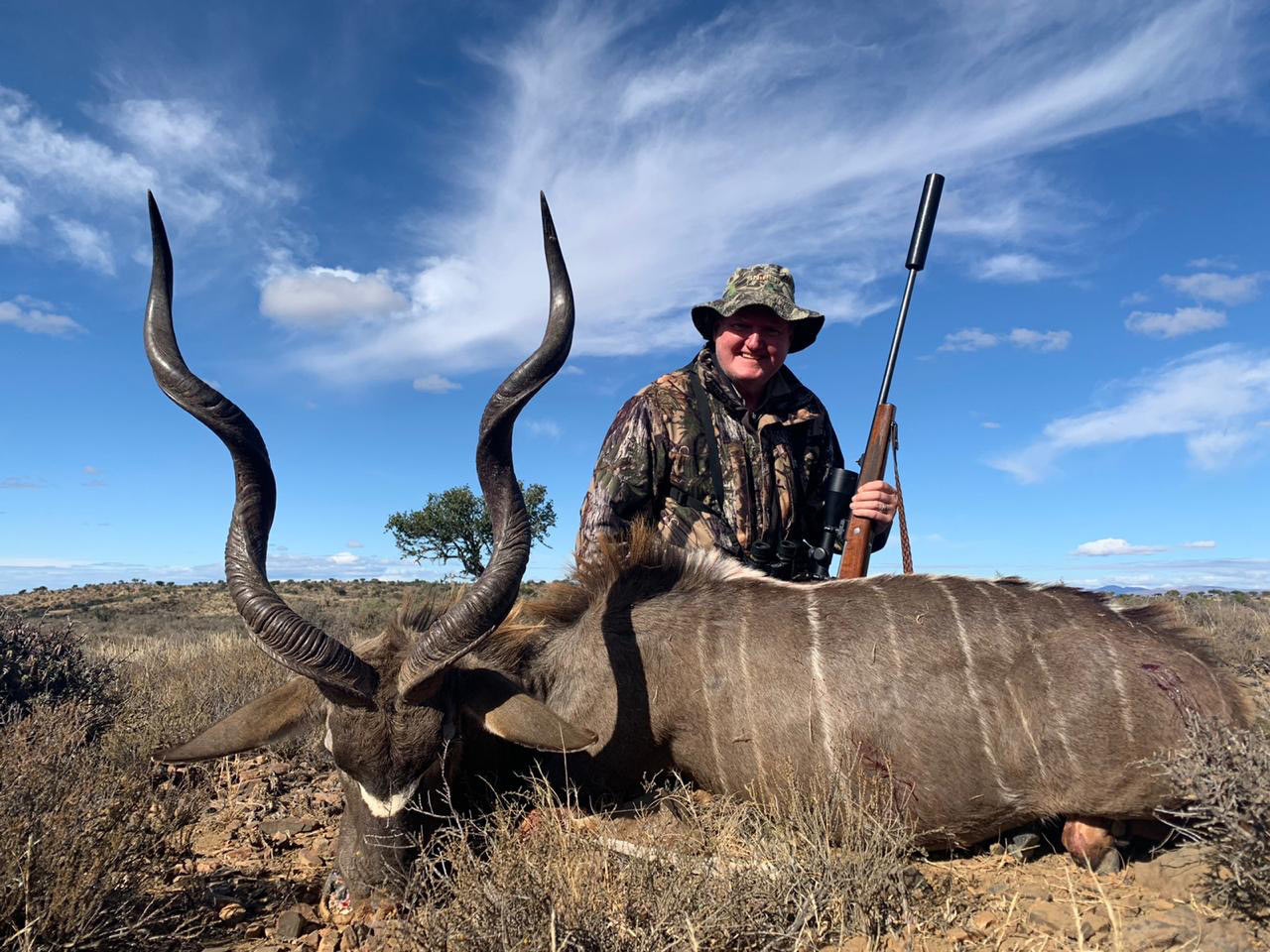 The rest of the weekend was spent hunting Springbuck, Blesbuck and Mark was able to get a great Kudu bull high up in our mountain area. 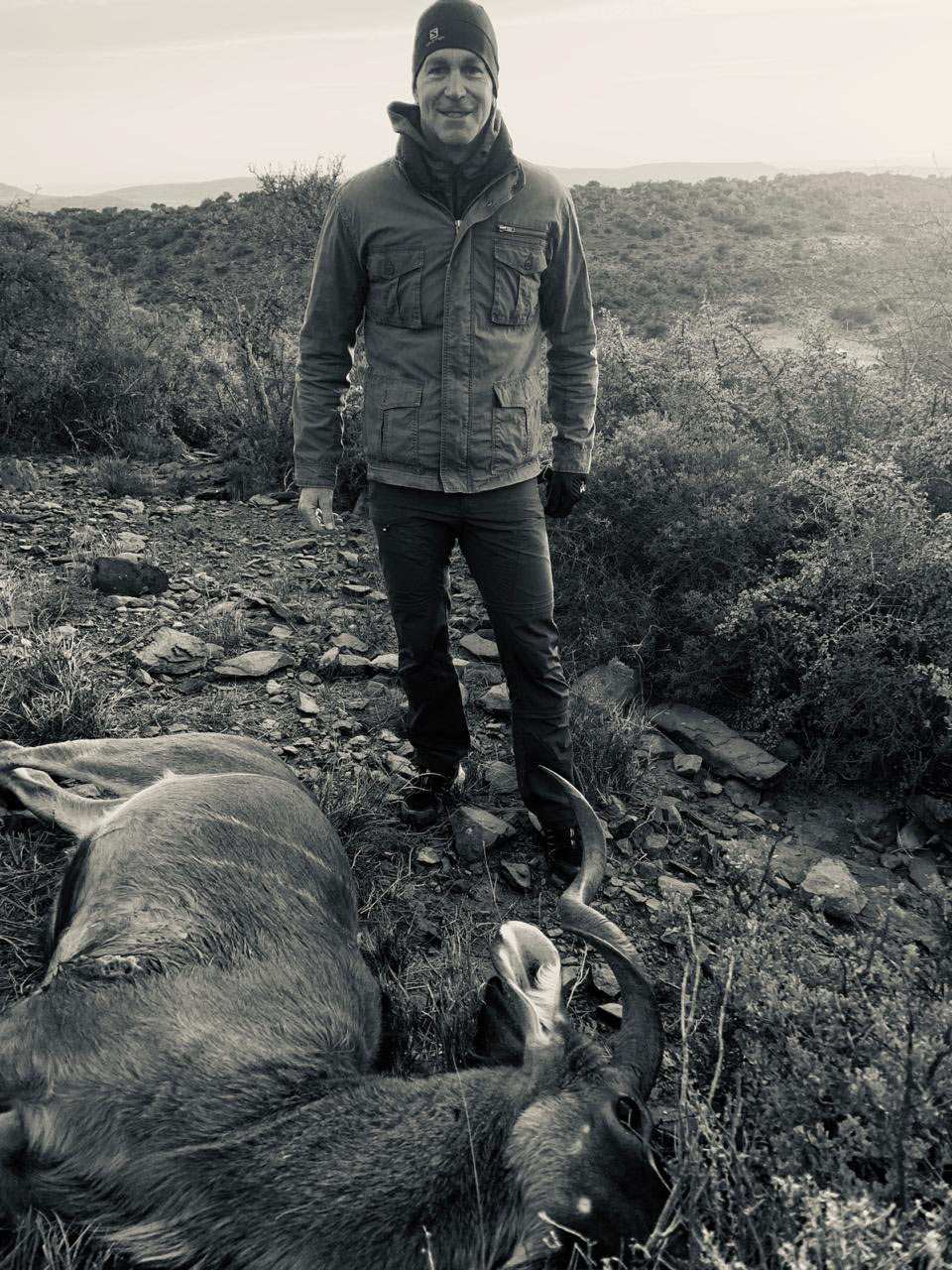 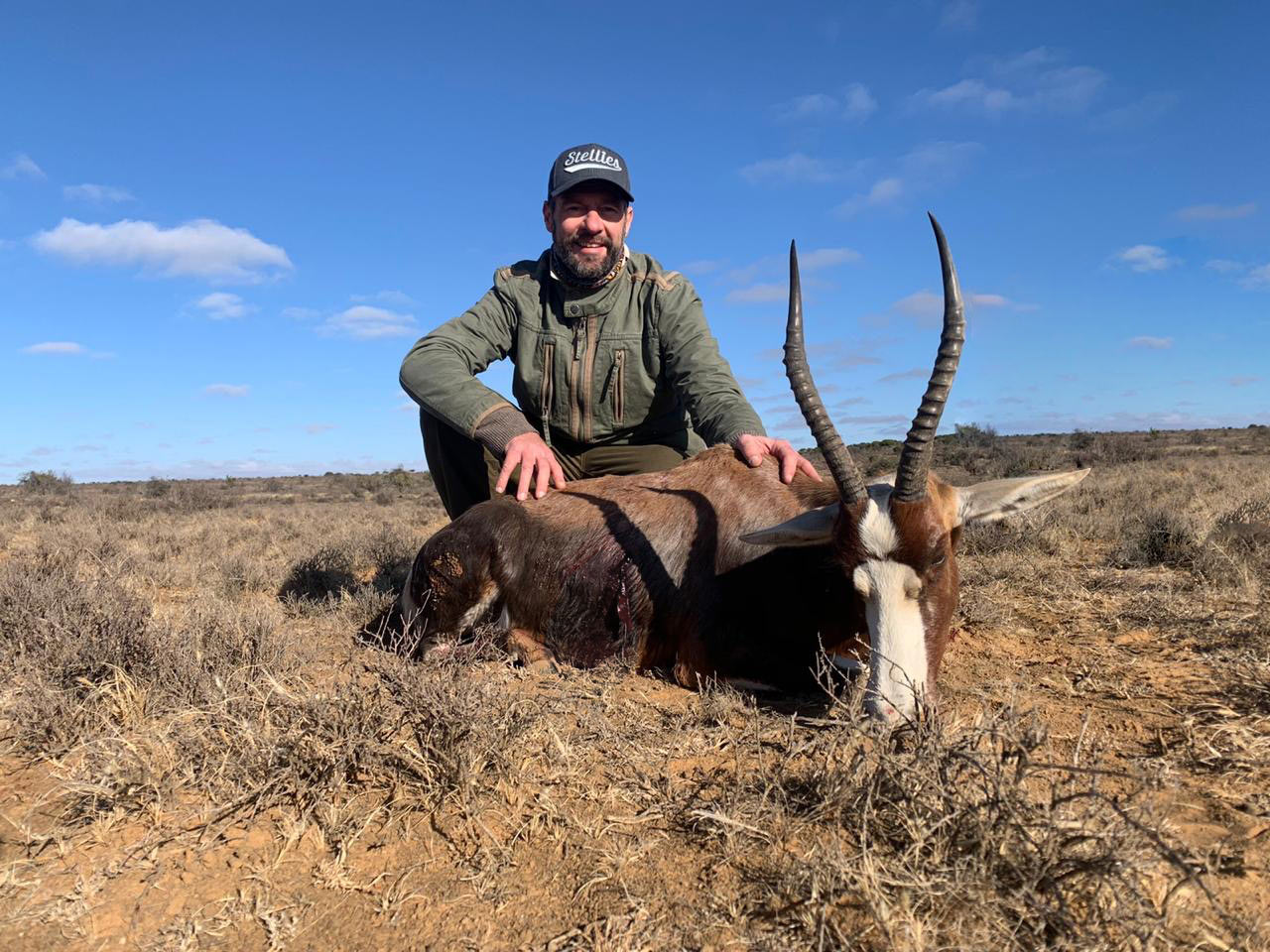